Visits are strictly by appointment only. +65 6440 1148
contactus@the-intan.com
My Account 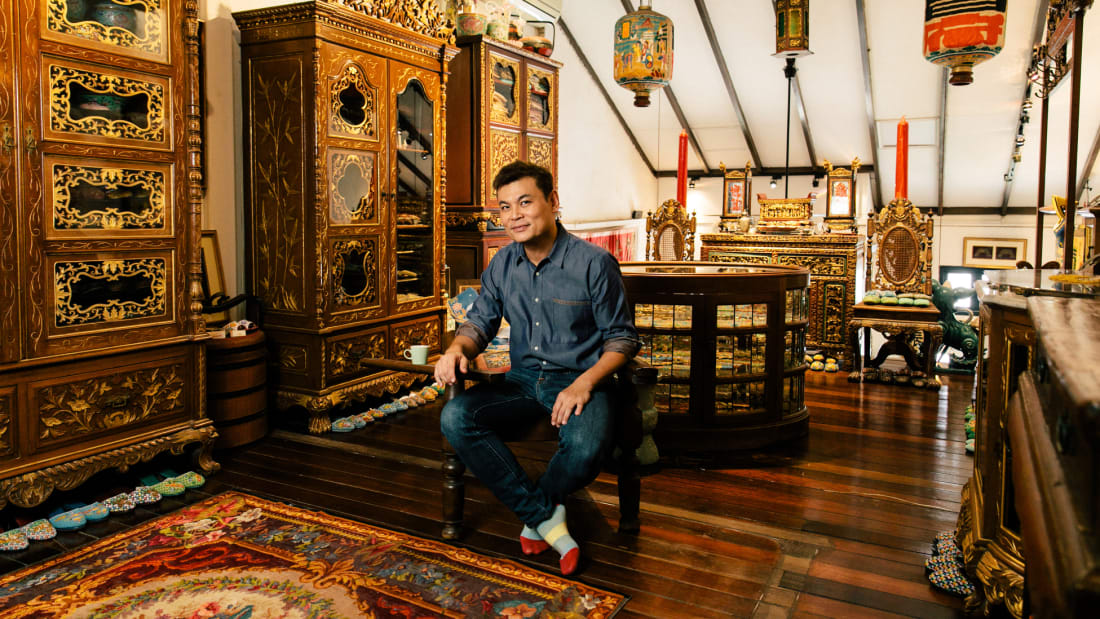 When Alvin Yapp was 14 he saw a play in Singapore that changed his life. It was a Peranakan production that focused on the fraught and comic relationship between a mother and her daughter-in-law. It gave the teen a glimpse of his heritage, but as he didn’t speak Malay, he didn’t understand the witty repartee. “Everyone was laughing their hearts out, but I was quite clueless,” said Yapp, an advertising director, who now runs his own Peranakan museum. “I was just fascinated by all the material objects on the stage.”Those props were inspired by Peranakan objects, treasured items made specifically for the descendants of Chinese settlers who journeyed from the mainland to Southeast Asia and married Malay women between the 15th and 18th centuries.